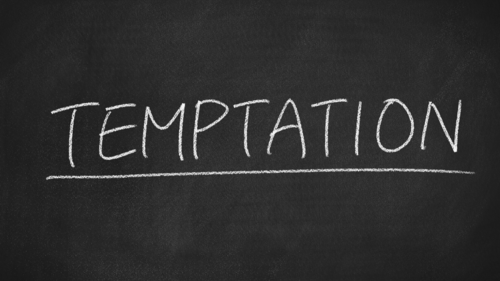 Do you think we can learn things from history? Can the past serve as a warning, a guide for the future? I believe in many aspects of life the answer is yes.

In this post we are going to look at 13 verses in 1 Corinthians 10, they will provide us with some solid teaching about temptation.

1 For I do not want you to be ignorant of the fact, brothers and sisters, that our ancestors were all under the cloud and that they all passed through the sea. 2 They were all baptized into Moses in the cloud and in the sea. 3 They all ate the same spiritual food 4 and drank the same spiritual drink; for they drank from the spiritual rock that accompanied them, and that rock was Christ. 5 Nevertheless, God was not pleased with most of them; their bodies were scattered in the wilderness.

11 These things happened to them as examples and were written down as warnings for us, on whom the culmination of the ages has come. 12 So, if you think you are standing firm, be careful that you don’t fall! 13 No temptation has overtaken you except what is common to mankind. And God is faithful; he will not let you be tempted beyond what you can bear. But when you are tempted, he will also provide a way out so that you can endure it.

The first eleven verses act as a warning to the church in Corinth from the history of Israel. Paul was basically saying look what happened to the Israelites as they went down the wrong path.

It is probably good to pause here for a minute and consider two words, tempt and test.

In Greek and Hebrew, the main languages in which the Bible was written these two English words that come from the same root.

This can I suggest lead to some confusion, let me give an example:

And it came to pass after these things, that God did tempt Abraham, and said unto him, Abraham: and he said, Behold, here I am.

Sometime later God tested Abraham. He said to him, “Abraham!”

Tempting, temptation to sin does not come from God

13 When tempted, no one should say, “God is tempting me.” For God cannot be tempted by evil, nor does he tempt anyone; 14 but each person is tempted when they are dragged away by their own evil desire and enticed.

Testing can be used by God, to mature us. Abraham was tested by God; he was not being tempted to sin.

God’s purpose in testing is good, temptation, and tempting has a predominately bad outcome.

From the last two verses I think we can learn in three areas:

12 So, if you think you are standing firm, be careful that you don’t fall!

Pride comes before a fall. If we are thinking we are OK, nothing is going to tempt me to sin, I am standing firm we run the risk of letting our guard down and becoming complacent about the dangers around us.

The second we let our guard down, the second we compromise we allow the enemy away in, and we start down the wrong path.

We need to be on guard so that we don’t succumb to our own desires or to temptation by the devil.

These temptations can be subtle, almost innocent looking, it is easy to drift into them.

We will be tempted:

13a No temptation has overtaken you except what is common to mankind.

The temptation to do wrong comes from the devil and our fleshly desires and the fallen world we live in.

The temptation(s) you experience are not unique, temptation(s) are common to mankind, pride, lust, greed, jealousy, etc. Whilst each of our temptations may present itself differently the root temptation will be a temptation that others have experienced.

There is always a way out:

13b And God is faithful; he will not let you be tempted beyond what you can bear. But when you are tempted, he will also provide a way out so that you can endure it.

Because he himself suffered when he was tempted, he is able to help those who are being tempted.

Jesus showed us it can be done, Paul promises us that we won’t be tempted more than we can bear.

It should be noted that in 1 Corinthians 10:13 it does not promise the temptation will be taken away, although I am sure this does happen in some situations, rather it promises we will be able to endure it.

Giving into to temptation will not be God’s way.

Trusting in God, putting your faith in God is.